Major League Rugby will add three teams for its third season, allowing for the creation of two six-team conferences. 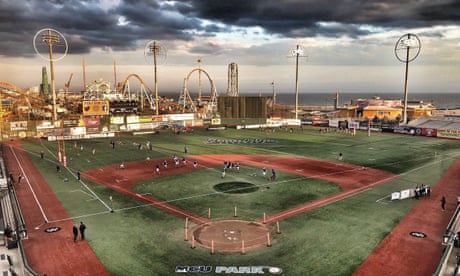 The west will be made up of Seattle Seawolves, Glendale Raptors (Colorado), San Diego Legion, Utah Warriors, Houston SaberCats and Austin Elite. The top three teams in each conference will contest a five-game playoff series building to a championship game.

In a statement, league commissioner Dean Howes said: “MLR is the first time the North American sports model has been applied to the global game of rugby. That model is now laying the foundations for the long-term success of this league and the sport.”

In general, that North American pro sports model involves no relegation, leagues set up to allow for expansion, owners as stakeholders in a collective enterprise. MLR is such a single-entity league. Dallas and LA are among possible future locations.

It may be that MLR’s expansion and switch to conferences will be of interest to clubs and fans in England, where calls for an end to relegation from the top flight are growing.

The Gallagher Premiership is on another plane financially and recently attracted significant investment from CVC Capital Partners. But this week brought the news that 11 of its 12 teams posted significant losses for the last financial year, a combined deficit of nearly £50m.

Some club owners, not just those whose teams are at the bottom of the league, say the risk of relegation to the Championship drives unrealistic spending and actual relegation can mean financial catastrophe. London Irish, in effect the 13th Premiership team, are set to come back up this year but they posted a significant loss too. It seems another one-time top-tier team, Yorkshire Carnegie, will not be coming back: they have announced a return to part-time pay.

In MLR, no one is making a profit or even a small loss yet but each team owns a stake and none can be removed by results alone. This year, three western teams have struggled: Austin have not won a game and Houston and Utah are on the bottom half of the ladder. But such teams have security and can work to improve, if they are wise at a reasonably sensible pace. Houston are moving into their own stadium, a grand opening scheduled for May.

Furthermore, this week the USA men’s coach, Gary Gold, who has extensive experience of life at the wrong end of the English Premiership, spoke glowingly of how MLR is improving its American players. In season three, those players will have 10 games against conference opposition and six against teams from the other half of the country.

New York owner James Kennedy greeted the switch to conferences, telling the Guardian by email he was “really excited” to have “less stress on the players due to less travel, games against traditional rivals in Boston and DC and opportunity to bring in revenue via a conference title sponsor”. 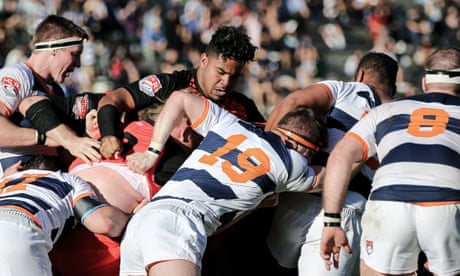 Revenue remains key of course and each MLR team except Seattle, the first champions, has much to do in terms of simply attracting support to their small, often multi-sport stadiums.

New York’s ballpark home, MCU Park in Coney Island, holds around 7,000 but has been far from full for two home games so far, despite promotion in the New York Times and on CNN. Elsewhere, there have been rumblings of financial troubles.

Nonetheless, those who run MLR are feeling bullish about their collective endeavour.

“Everyone involved,” Howes said on Thursday, “from our team operators to our players, fans and media partners, [has the] ultimate goal [of seeing] North American rugby thrive. Rugby means business here and MLR is right at the forefront.”